Lazy Nezumi Pro is used by thousands of artists, illustrators, and designers from all over the world! Here is some of the wonderful feedback we receive from them, via email or on twitter! 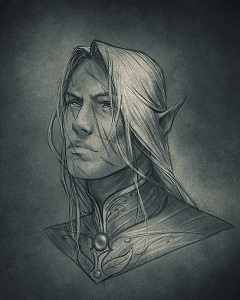 Not only has this plugin solved my jittery line issue, it is also an amazing tool for drawing in perspective. Even offering curvilinear perspective rulers, something I haven't seen in any art program. Basically this plugin adds all the missing components that Photoshop needs to be a great drawing experience.

Lazy Nezumi has made sketching in Photoshop feel as good as it should. Drawing with it feels much more natural now. 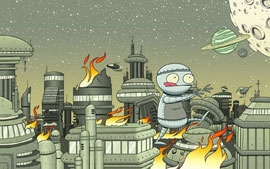 It's now an integral part of my drawing arsenal, it's halved my inking time!

I fell in love with LNP once I saw what it could do for my sketches. My digital art has reached a much higher level, almost instantly after I started using it. 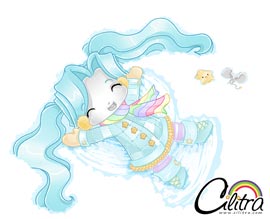 Thank you for creating this wonderful software. I've had trouble with shaky inking for years while trying to get adjusted to my tablet but thanks to you that is now a thing of the past. Finally I can work with confidence with a tablet on my artwork. :) 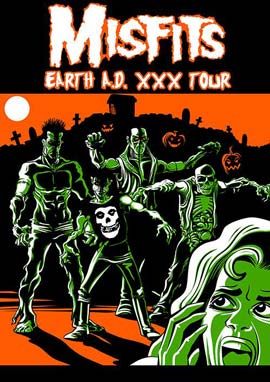 Superb little app, worth its weight in gold! 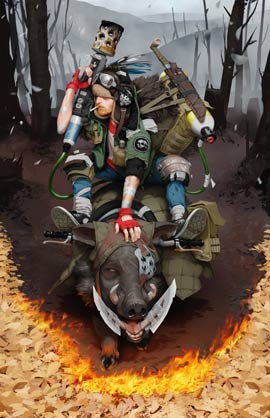 It's skilled people like you who make my work possible! 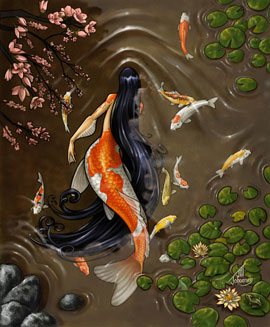 Normally I spend ages and ages getting the lines just right, but now it's one stroke, done. Such a time saver! 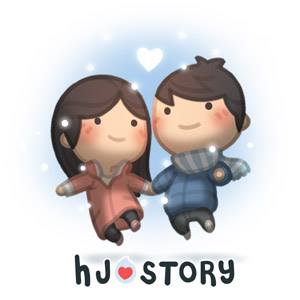 This plugin isn't just for those who have problems with smooth lines. I've been drawing for 15+ years and am totally comfortable sketching in Photoshop, but even so Lazy Nezumi has helped make my work even easier and faster. Thanks! 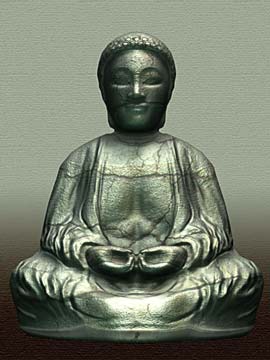 I find Lazy Nezumi a perfect extension to my work flow in Photoshop and 3DCoat as I use them daily in my job. 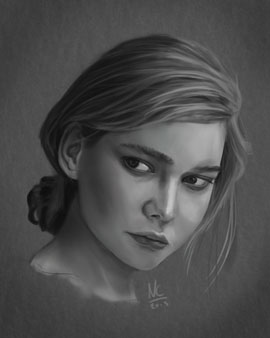 Thanks to you I can now do nearly everything in Photoshop! 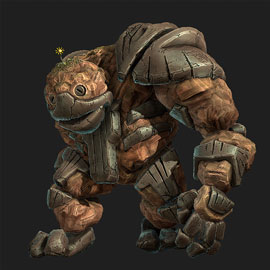 Awesome tool you did there. It solves so much when doing line-art in PS. And on top I can use it in 3DCoat or any other sculpting / painting application as well. 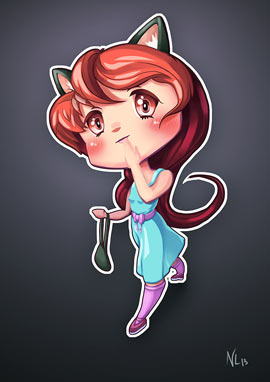 Lazy Nezumi is one of the rare tools that speeds up your entire workflow. A must buy at its ridiculous price! 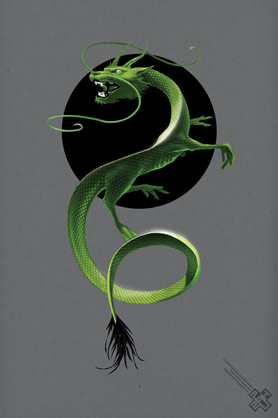 I used to work through several programs just to get the lines right, and now.. your little LNP is a life changer!! 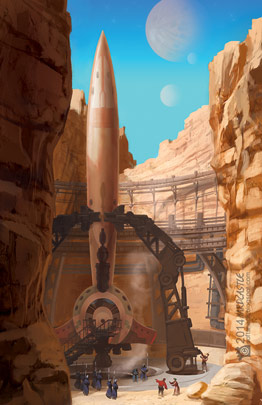 There was no doubt in my mind that this was the answer to something I'd been craving in Photoshop for a long time. A rare and valuable gem, indeed! 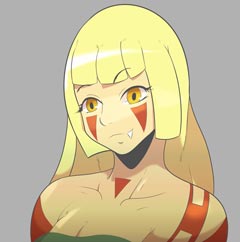 I love it and use it practically every day!

When I need to create smooth lines when painting or sculpting, Lazy Nezumi is my go to. It’s quick and easy to use. I can’t recommend it enough.

Too often programmers like yourself go unmentioned, so I'd like to thank you again for making life better for everyone!

Just wanted to say THANK YOU for doing what you do. This is exactly the tool I need to do my job.

Thanks for making an awesome product. Your program is a lifesaver for drawing clean lines.

This is 256% better than my previous tablet experience! Thank you.

Thank you so much for this! This is a game changer! This plugin makes drawing and painting on a computer so much more awesome!

Just what I've been looking for, why can't there be more developers like you? :)

I didn't have to edit the lines so many times by erasing and re-drawing little mishaps in order to make them smooth, so I finished my project on time!

Perfect for those who want smoother mouse control and no jitters on their Cintiq.

I have been looking for a tool like this for a long time! You've saved me a lot of time these past couple of hours already let alone in the future. Thanks!

Loving this app!! It rocks.

Okay I'm pretty impressed, I've only just started playing around with the trial of Lazy Nezumi Pro and it's pretty clear the diff it makes!

Stone gears drawing - In this mini video, I draw some fantasy stone gears for my webcomic Moon Tales ! I use Photoshop 2020 with Lazy Nezumi Pro to draw the basic shapes of gears and as a guide for perspective. pic.twitter.com/upFtoY5arC

Found a setting on lazy nezumi called Pulled Sigmoid and it makes a soft zigzag on any brush you are using, great to block in curly hair and on the setting you can adjust how tight the coils are pic.twitter.com/Qai9WkIbIk

For people who compliment me on how smooth my lines are. Now you know my secret. @LazyNezumiPro pic.twitter.com/xkV8wW4Ng4

So ya'all know @LazyNezumiPro Perspective Elipse tool is a thing that exists right? And you can even set it up to work on that 3rd VP and just slide it along, once it's set

Speedlines don't have to be scary! Using Lazy Nezumi's vanishing lines ruler, you can use two straight lines as a reference and the software will lock your strokes to the resulting vanishing point.

This panel took a mere 3:40 to handle, and that's with no sfx to hide it. https://t.co/pqH1xIqDGH pic.twitter.com/p3BZpvIRY4

Also used @LazyNezumiPro a TON last week to draw little isometric neighborhoods for my current project. Unfortunately this little bit got scrapped but hey that means I can share it at least! pic.twitter.com/0Xud9fm3lS

Stone gears drawing - In this mini video, I draw some fantasy stone gears for my webcomic Moon Tales ! I use Photoshop 2020 with Lazy Nezumi Pro to draw the basic shapes of gears and as a guide for perspective. pic.twitter.com/upFtoY5arC

Thanks. I'm using both. It's my 'pencil' brush. Which is giving me a pretty fun look, especially when the mood calls for it.#shanewhite #comics #lazynezumi #insighteditions pic.twitter.com/ikiTqzGq9d

Five years later and @LazyNezumiPro has done my art wonders. Thank you!

Huge shoutout to @LazyNezumiPro - this lineart would have been a colossal pain in the arse without you! pic.twitter.com/IwxJSMeZBb

Indispensable tools: Scott Robertson’s “How to Draw.” Lazy Nezumi Pro. Wacom. Caffeine (not pictured. ‘Cause I drank it.) pic.twitter.com/9A9ojk1LkT

Wow. Lazy Nezumi is some kind of shimmery drawing magic. My lines are smooth and it cut my drawing time in half... pic.twitter.com/KQ8kQbeKAF

Tonight's finished piece. One a night so far. This took a little longer though. (special thanks to Lazy Nezumi) pic.twitter.com/LpL2j8wtW9

Finished this on my last stream at https://t.co/rv1z8aifYt. Many thanks to @LazyNezumiPro! Shaved hours off my time. pic.twitter.com/9Jp2pBlQ2u

@LazyNezumiPro Really loving this plugin for Photoshop! Definitely going to use #LazyNezumi from now on #Art #Drawing pic.twitter.com/S2FffahfxD

so i just downloaded a plugin called Lazy Nezumi pro, and i have to say it might tempt me back to PS for inking pic.twitter.com/F3IaXJUiSW

Stayed up tonight playing with @LazyNezumiPro Impressed with the tools it provides, and the lovely line quality! pic.twitter.com/PRnvOn2eNb

Not a real #inktober because digital, but hot dog, Lazy Nezumi is a cool tool. pic.twitter.com/wnHd4snu4G

Photo: Grabbed a copy of Lazy Nezumi, and yes it really does fix all the wobbly, poorly tipped marks I was... http://t.co/KMUUHktYOO

Man I love @LazyNezumiPro, makes inking so much more enjoyable. Ever seen an Sir Octo? No? Then lookie! http://t.co/s46QkHeTfl

I just downloaded Lazy Nezumi Pro and I'm already much happier with the way my lines look in photoshop! I am a happy camper.

Shoutout to @LazyNezumiPro - I can finally use my surface pro 7 without wobbly diagonal lines. 🥺🥺🥺 You have no idea. I’m so happy.

The last software I bought is just awesome. It's Lazy Nezumi Pro. Small & powerful. My pen tablet is back after a long time of inactivity =)

@JamieMcKiernan a few weeks ago showed the art team Lazy Nezumi Pro. Trying it now and boy is it a godsend for SAI users like me.

@LazyNezumiPro I adore it, it's what I've been missing all these years ;3;

finally got around to upgrading my copy of Lazy Nezumi, and the built in interactive perspective tool is pure magic. 10/10 would recommend

@LazyNezumiPro I have no words for how happy I am now! I was looking for something like this for years! THANK YOU <3

Seriously, if you're a digital artist, buy @LazyNezumiPro it's newest update is a beast. Here's a small screenshot: http://t.co/jWlHtvZjep

@LazyNezumiPro LN is a great plugin! At least we have an option to correct things and add some nice tools too! @wacom do need to fix them!

I can't hype this enough, but anyone who is working with Photoshop, especially painting/drawing, should get @LazyNezumiPro It's pure bliss!

I discovered the FANTASTIC Photoshop stabilizer @LazyNezumiPro today. I wonder how I've lived so much time without it.

@ctrlPaint YES! @LazyNezumiPro is really great especially if you're on an Intuos tablet.

@LazyNezumiPro I bought it within an hour of installing it, lol. it's making a huge difference to my drawing speed, much more efficent

This is Literally going to change my life......Stabilize strokes in photoshop! http://t.co/jEJvuSNVWO

Y'all should check out @kamihkamih's Lazy Nezumi if you haven't yet. Makes Photoshop heaps more useable in Windows. http://t.co/4WuIy6xliS

Photoshop/Flash artists: Need better control of your lines? This is an AWESOME solution. "Lazy Nezumi" http://t.co/gPqB8iDSY5

Digital artists, check out this tool, it's AWESOME and is already making a huge impact on my lines. http://t.co/NkTJNiAVC5 @kamihkamih

@LazyNezumiPro This is such an awesome product. The perspective constraint alone is worth the price!

Lazy Nezumi is the best thing that ever happened to me. This is not a paid advertisement. http://t.co/QoPUXz948L

.@LazyNezumiPro Just transformed my new Surface Pro 3 into a photoshop dream. Thank you for all the buttery smooth lines in my future

Lazy Nezumi Pro is a bloody useful little program. I highly recommend it for those who have smoothing issues in their arting programs.

Talk about a must-have piece of software. If you draw in photoshop you owe it to yourself to try it out. http://t.co/2KCw0cpL1H

Honestly, Lazy Nezumi Pro has fixed all of the problems I've had with the Surface Pro so far!

If you've always wanted smoother lines in Photoshop, @LazyNezumiPro is the magic tool you've been looking for. https://t.co/MvUebRx7Rh

Lazy Nezumi is the best thing to happen to digital art since the history brush!

So I installed @LazyNezumiPro as a trial last night and inking was brilliant. I am never looking back. If you've got a PC give it a go.

@LazyNezumiPro is still the best thing for photoshop I've downloaded. If you like drawing with photoshop or you want more customization with your tablet's pressure sensitivity I still completely recommend it! https://t.co/OKFms5B6Nm

I was losing my mind with jittery lines in Photoshop. Thought I was going crazy, imagining it. Enabling “Fix Jitter bug” in @LazyNezumiPro fixed it and saved my sanity.